5 reasons why Spanish is the language of the future

From China to the United Kingdom and the United States, the interest in learning Spanish continues to grow. A language that, little by little, is being introduced into all levels of education in non-Spanish speaking countries, from preschool to university. An indicator of worldwide interest in Spanish, which we can confirm in the experience of our Spanish schools.

In the following paragraphs, we review the five reasons underlying the good health of Spanish and the main reasons why the Spanish language is slowly gaining ground to English and Chinese, standing out as the language of the future that everyone should learn.

1. It is the second most spoken language in the world 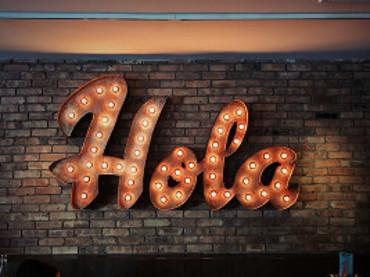 [/vc_column_text][vc_column_text]According to data provided in the latest report on the state of Spanish in the world published every year by the Instituto Cervantes (most important institution devoted to Spanish language and culture), 7.6% of the world’s population in 2018 was Spanish-speaking and it is expected that by 2050 the figure will be 7.7% (756 million people).

For demographic reasons, between 1950 and 2050 the Instituto Cervantes predicts that the percentage of the world’s population that speaks Spanish as a native language will continue to increase, while the proportion of Chinese and English speakers will decline.[/vc_column_text][us_separator size=”custom” height=”32px”][/vc_column_inner][/vc_row_inner][vc_row_inner][vc_column_inner width=”1/2″][vc_column_text]

An important fact to point out is that Spanish speakers will not only grow in countries where Spanish is the official language. It is estimated that by 2060 the United States will be, after Mexico, the second Spanish-speaking country on the planet.

4. It is the second language of international communication

[/vc_column_text][vc_column_text]The Atlas de la lengua española en el mundo (Atlas of the Spanish language in the world) highlights some characteristics that make Spanish an international language: it is a homogeneous language, which is spoken in a fairly compact geographical area and most Spanish-speaking communities also inhabit neighboring territories.

These factors make the Hispanic territory a favorable place for there to be a very high communication index, which is being transferred to other non-physical spaces such as the Internet, where it is consolidating as a language with which to communicate on the Web, apps and social networks.[/vc_column_text][/vc_column_inner][vc_column_inner width=”1/2″][vc_column_text]

5. It is gaining ground in international trade and business

[/vc_column_text][vc_column_text]Just as Spanish is spreading over the Internet, it is also gaining ground as a business language due to its importance in international trade. Many companies have found in Latin America a powerful market in which to market their products and they need employees who speak Spanish.

This is a trend that is also spreading to the United States, where Spanish-speaking consumers are also on the rise. In California, for example, about 26% of consumers are Hispanic and in other states such as Texas, Florida, New York, and Illinois they also have important percentages of Spanish-speaking consumers.[/vc_column_text][/vc_column_inner][/vc_row_inner][/vc_column][/vc_row][vc_row][vc_column][us_cta title=”Do you want to study Spanish in Latin America?” title_tag=”h3″ color=”custom” bg_color=”#e88c23″ text_color=”#ffffff” btn_label=”Spanish courses in Latin America” btn_link=”url:https%3A%2F%2Fwww.latinoschools.com%2Fspanish-courses%2F|title:Spanish%20Courses||” btn_style=”4″ btn_size=”15px”]Get to know Peru, Ecuador, and Bolivia while learning the language of the future with the Spanish courses of Latino Schools.[/us_cta][/vc_column][/vc_row]